Before delving into the legal issues, it is helpful to recall the facts of this case. Donald Bullcoming, a New Mexico man, was sentenced to two years in prison for an aggravated DWI, (OUI in Massachusetts). After Bullcoming refused a breath alcohol test, a search warrant issued and a blood alcohol test was performed. As the analyst who performed the blood draw was on unpaid leave at the time of trial, the prosecution introduced the blood alcohol test through a lab supervisor who had not observed or administered the test. The trial court ruled that the forensic report was a business record. The New Mexico Court of Appeals upheld that ruling and determined that there was no Confrontation Clause issue because the report was non-testimonial. As the case was pending discretionary review from the New Mexico Supreme Court, the United States Supreme Court issued its Melendez-Diaz v. Massachusetts decision. Melendez-Diaz clarified that certificates of drug analysis are testimonial and that the prosecution may not introduce them through ex parte out-of-court affidavits without violating a defendant’s Sixth Amendment confrontation rights. The New Mexico Supreme Court, applying Melendez-Diaz, held that the blood alcohol test report was testimonial but that there was no Confrontation Clause violation because “the analyst who prepared the report was a mere scrivener who simply transcribed the results…”

In his brief, Bullcoming essentially argues that: 1.) the blood alcohol test is testimonial because, like the certificates in Melendez-Diaz, law enforcement provided seized evidence to the lab to assist in the investigation, a certificate reported a certain chemical composition, and the results were presented in a formal report that was approved for use as evidence in criminal trials; and 2.) the testimony of the particular analyst who prepared the report was necessary to satisfy the requirements of the Confrontation Clause.

The State’s position is that: 1.) the report is not testimonial because the information contained therein is machine-produced data, and machines are not witnesses for Sixth Amendment purposes; 2.) the report is distinguishable from the certificates in Melendez-Diaz as it is more akin to “non-adversarial public records…such as birth certificates or judgments of conviction;” 3.) if the analysis was testimonial, the requirements of the Confrontation Clause were satisfied by Bullcoming’s opportunity to confront the data and cross-examine a witness who had knowledge of the lab procedure; and 4.) any error in admission of the blood analysis was harmless.

At oral argument, much of the questioning centered on practical considerations and the possible consequences of ruling in favor of Bullcoming. From reading the transcript, it was relatively apparent that Justice Scalia agreed with Bullcoming’s position, and in a good deal of his questioning he sought to shore up the argument of Jeffrey Fisher, the attorney for Bullcoming. Scalia asked Gary King, New Mexico Attorney General, if a lab technician prepares these reports “just for fun, not for use in trial?” Scalia also suggested that the prosecution intentionally arranged for the analyst to be on unpaid leave so that he would not have to testify and would not have to be cross-examined, noting “I don’t know what the facts are, but boy, it smells bad to me…the possibility of skullduggery, even in machine–machine situations such as this, is a good reason for saying this is testimonial.” 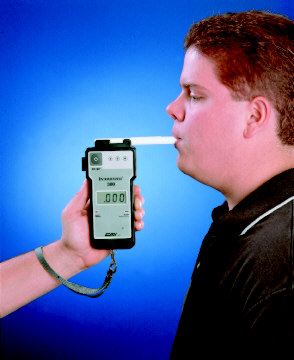 If you would like to speak with an experienced Massachusetts drunk driving defense attorney, call the Law Offices of Stephen Neyman, P.C. at (617) 263-6800.