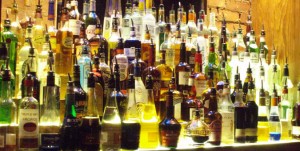 The Benefits to Pleading Guilty at Your Arraignment

Oftentimes when people get arrested for OUI the bail commissioner sets a bail. This is usually forty dollars. Once bail is paid you will be released. Because run of the mill drunk driving cases are not the most serious offenses your arraignment might not be scheduled for a couple of days. If this happens your lawyer will be able to bet a copy of the complaint and police report before the arraignment. This will permit time to evaluate the case prior to arraignment. If the arraignment is the day after your arrest you will get these documents at that proceeding. Regardless, you should have some time to discuss your options with your lawyer. A good DUI lawyer can quickly evaluate the likelihood of success in fighting your case.

So what should you do? If the case is one that you will not likely win pleading guilty at arraignment might make the most sense. You will get your driver’s license back rather quickly. You can get into the alcohol awareness program right away and get this behind you. Most judges will continue your case without a finding and impose the 24D program. Upon a successful completion of your probation you will not have a criminal record. No perspective employer will know that you had an OUI case. It is usually less expensive to plead guilty at arraignment most lawyers will charge you somewhere between one thousand and two thousand dollars to plead you out at arraignment. The additional court appearances associated with litigating your case will increase the cost of your defense. Trial first offense DUI cases in Massachusetts cost between three thousand five hundred dollars and ten thousand dollars.

When You Should Not Plead Guilty At Arraignment

If the motor vehicle stop violated your constitutional rights you will want to file a motion to suppress. If you win the case will be over. If you did not take a breathalyzer test and there was no accident you might want to try your case. If the breathalyzer test was administered improperly your lawyer will try to get the results excluded. If you took a breathalyzer test and the result was under a .08 you might want to refrain from pleading guilty at your arraignment. Basically, in cases where you are likely to win or where discovery might lead to success you probably should not plead guilty. A good lawyer can advise you about your rights in this regard. Remember, once you have been charged hire a lawyer. There are many things to discuss prior to arraignment all of which will help you make the decision of whether to plead or pursue your defense.