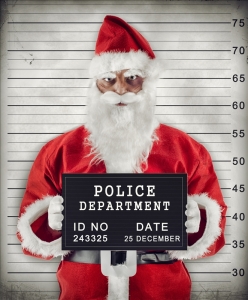 Drive Sober or Get Pulled Over

A national campaign called Drive Sober or Get Pulled Over has made its way to the Boston area.  The goal is to curb drunk driving during the holiday season, and federal grant money is being used to beef up local patrols on the road.  Here are a few things you should know to keep yourself safe and arrest-free.

Why Should I Care?

Massachusetts is intensifying efforts to eliminate drunk driving partly due to the state’s high rate of the crime.  In 2012, 123 people were killed in crashes by drivers whose blood alcohol level was over the legal limit of .08%.  Nationally, 830 people were killed in drunk-driving accidents in December 2012.  This year, 191 Massachusetts communities are participating in the new campaign.  Not only are patrols being heightened, but police are conducting outreach campaigns that encourage the public to report suspicion of drunk drivers.  So far this year, motorists have reported 439 possible offenders.  Some local police are going so far as to offer rewards to citizens volunteering to participate in the campaign.

What Does This Mean for Me?

Across the state, especially in the Boston area, police are taking a closer look at what’s happening on the roads.  Because of the new campaign, law enforcement agencies now have the funds to put more police on the roads and stop more drivers. Anyone pulled over and arrested for drunk driving will face jail time, extensive fines, and the loss of driving privileges.  Financial losses alone reach up to $10,000, not to mention the cost of lost wages and a damaged personal reputation.

What Should I Do If I Am Arrested for an OUI?

Of course, the easiest solution to avoid legal action is to abstain from drinking and driving, or to call for a friend or taxi to take you home. But if you are stopped and arrested for drunk driving, there are still a few things you can do. First, contact an experienced OUI attorney immediately to review the details of your case. A lawyer can determine whether the circumstances surrounding your arrest were lawful.  They can even discredit the arresting officer by casting doubt about the validity of the blood alcohol test. If the equipment was outdated or improperly used, you might be able to avoid charges altogether.  Or, charges can be reduced depending on other circumstances of the case.

It is never recommended to deny a breathalyzer test or other field sobriety tests of blood alcohol levels. You could face more severe fines and penalties, and the mere refusal of testing can be seen as an admission of guilt. Instead, cooperate with police quietly until you can get an experienced attorney on your side.

The holiday season is meant to be a time of rest, relaxation, and celebration. The last thing anyone wants is to spend their vacation time in jail or their well-deserved bonus paying excessive fines. If you or someone you know has been arrested for an OUI in the Boston area, consult an experienced OUI defense attorney today.

Lederman, Diane. Amherst police will have extra patrols looking for drunk drivers from now through the new year. December 4, 2014. Read more at: http://www.masslive.com/news/index.ssf/2014/12/amherst_police_will_have_extra.html.