With the decriminalization of under an ounce of marijuana one would expect to see an increase in the number of OUI drugs cases charged in Massachusetts. Right? After all, now everybody in Massachusetts thinks smoking marijuana is legal. The restrictions on person use are scant at best. You can smell burnt marijuana on most city streets during the daytime daily. You now see people smoking weed in public everywhere. Do you ever wonder how these folks are getting around? I suspect many of them are driving but you know what? I am not seeing an increase in the number of OUI drug-marijuana cases coming into my office.  I think I know the reason why. 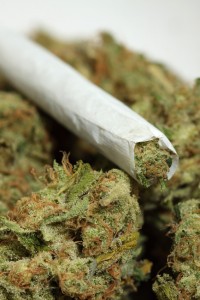 Most of the time OUI stops are made by patrol officers. These folks are trained to recognize objective symptoms of alcohol impairment. They are not taught how to recognize signs of drug impairment. It is not a crime to drink and then drive. Nor is it a crime to smoke marijuana and drive. It is a crime to operate under the influence of these substances only. Defining what constitutes being under the influence of marijuana is not easily done, at least here in Massachusetts. It is well known that there exists no consensus as to how much marijuana needs to be consumed to establish impairment. Marijuana does not absorb into the bloodstream as does alcohol. Even a positive test for marijuana does not indicate impairment.

There Are No Reliable Field Tests That Establish OUI Marijuana

The typical field sobriety tests, walk and turn, one legged stand nystagmus do not help officers distinguish among substances used by the suspect. That is a fact. Many of the alcohol impairment and marijuana impairment symptoms are similar. Larger pupils, reddish eyes, failed nystagmus tests and slurred speech. It is agreed that detecting marijuana impairment is more difficult than detecting alcohol impairment. In Massachusetts, for an OUI charge to survive a motion to dismiss the substance causing impairment must be identified. Thus, the district attorney cannot charge with OUI liquor or alternatively OUI marijuana. It his to be one or the other. So, shortcomings in the field sobriety tests alone will not help the cops win an OUI marijuana prosecution. There must be more. Establishing more is something that Massachusetts cops cannot do at this time.

Most Massachusetts police departments have a drug recognition expert. These people are usually not patrol officers. They are not always on duty. If they do not see the suspect at or near the time of the alleged impairment they cannot testify at trial. Right now Massachusetts police departments do not have the budget to pay for drug recognition experts to be on duty at all times. Thus, establishing OUI drugs is not so easy at this time.

The Law Offices of Stephen Neyman, PC has been defending OUI drug cases that involve marijuana impairment for nearly thirty years. We have never lost an OUI marijuana case. Call us at 617-263-6800 or send us an email if you have to go to court. We will defend you.