Imagine this.  You get pulled over for drunk driving or OUI in Massachusetts.  You have been drinking.  You want to know what to do.  So you pull out your smartphone and pull up your favorite operating while impaired app.  You go through the checklist.  Should I take the breathalyzer test?  Should I take the field sobriety tests?  Should I talk to the police at all?  Then you access that portion of the app that calculates blood alcohol.  Finally, you get a list of lawyers’ telephone numbers on the app and shoot them a text or have your passenger make the call.  Is this a fantasy or is there actually a real app out there that does these things?  Just yesterday I read an article on cnn.com that talked about such an app that was developed by lawyers in Iowa.  My thought is that a similar product for Massachusetts or perhaps all fifty states is just around the corner.  This post discusses the pros and cons of such an app and how it might be best used.

The Accuracy of Blood Alcohol Calculators

Most people have looked online or spoken to people about blood alcohol calculators.  These are charts that estimate what a person’s blood alcohol level will be in certain situations.  Some of the charts use a beer or a one shot mixed drink as a yardstick.  The rule of thumb some say is that for every beer or shot add .02 to your blood alcohol calculation.  So, four beers will make you a .08, the level all states now say leaves you presumptively impaired.  Here is another one of these rules of thumb.  Take off .02 every hour as well;  i.e. your system metabolizes a beer every hour.  Using these measurements might lead someone who has had six beers in three hours to believe that his bac is .06 – – that is .12 for the six beers minus .06 for the three hours of metabolization.  This is not really a safe calculation and almost every lawyer would tell a client who drank six beer in three hours not to take a breathalyzer test.  However, someone using the app might think he will pass and make the mistake of breathing into a machine.  Don’t do it.  You probably won’t like the result. 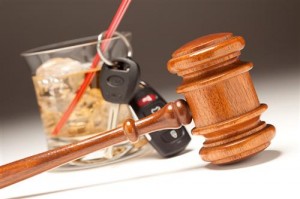 Advising Someone Not to Take a Breathalyzer Test

If your app tells you not to take the breathalyzer test and you have been drinking then at least in Massachusetts you will be getting good advice.  In other states however this might not be the case.  Take California for instance.  Your refusal to take the breathalyzer test can be used against you at trial as consciousness of guilt.  That is not the case in Massachusetts where a refusal is never admitted as evidence against you.  Thus, in the case of breathalyzer tests, or field sobriety tests your app better be state specific.

Asking a Lawyer for Advice

Having an app that provides you with a list of lawyers to call might be the biggest benefit of this tool.  Rather than guessing about what to do you can simply press a button and get legal advice.  The only pitfall I see here is that most lawyers will not give advice unless they have been retained on the case.  I would expect however that these apps would have credit card authorization thereby enabling you to get your lawyer on board right away.

The Law Offices of Stephen Neyman, P.C. has been defending Massachusetts DUI cases for nearly thirty years.  Call one of our staff at 617-263-6800 to discuss drunk driving issues pertinent to your case.  We know that we can help you get the right result the right way.