As a Massachusetts intoxicated driving criminal defense attorney, I am against invasive police searches of people who are merely suspected of crimes. That’s why I was disturbed by a Dec. 13 CNN article saying the federal government would like states to make blood tests mandatory for suspected DUI drivers who refuse breath tests. This “no refusal” policy was part of a U.S. Department of Transportation media blitz tied to the holiday season, when drunk driving arrests typically rise. The DoT believes refusing the breathalyzer helps some drivers escape prosecution for DUI, so it is asking states to make resources available to take blood from drivers instead. That effort would require judges on call to provide search warrants as well as personnel or training for officers in collecting blood.

Under a no refusal policy drivers are simply not allowed to decline a chemical test when intoxicated driving is suspected. When someone refuses to take a breathalyzer test, police officers would be able to call a judge who would be specially on call for this purpose. That judge would issue a search warrant, which is legally necessary to draw blood from Americans against their will. The officers would then have to bring the patient to someone trained in drawing blood, or draw the blood themselves if they have the training. In many states, state law specifies that doctors, nurses, paramedics or other medical professionals must actually draw the blood. “No refusal” strategies are currently being used in nine states, though not necessarily in every part of those nine states, and Transportation Secretary Ray LaHood says 30 states have state laws that make the policy possible. 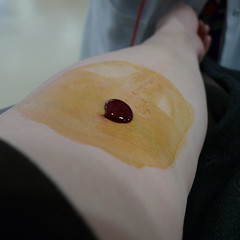 As a Massachusetts OUI criminal defense lawyer, I would like to remind LaHood and CNN’s readers that Americans have a Fourth Amendment right to be free of unreasonable searches. The U.S. Supreme Court ruled in 1966 that forcible blood draws are legal, but it did not address the Fourth Amendment issue — leaving it open to a potential challenge. That decision also set standards for how police should conduct these forcible blood draws, which means drivers have the ability to challenge blood draws that don’t meet standards. In the 1966 ruling, the court said blood should be drawn in “humane and medically acceptable circumstances,” which may be why so many state laws list which medical personnel are qualified to draw blood. Police also must have probable cause to believe the driver is intoxicated. Failure to meet those standards can and does allow drivers to challenge the evidence against them, potentially undermining the entire case.

There are also practical objections to a no refusal rule. Many of them stem from the cost of meeting the legal requirements above — making qualified medical professionals and judges available whenever the police need them to handle a drunk driver. Police officers aren’t trained phlebotomists and may not be able to do the blood draw correctly — nor should they be required to learn a new job. But police agencies may not have the money to keep a nurse on call at all times, and judges may be less than pleased to be woken at 4 a.m. for a warrant.

All of this gives officers an incentive to skip steps, which raises the risk of an unnecessary injury or violation of civil rights. There is at least one report of a man left with an infection by a botched police blood draw. Drivers in other cases have complained that officers refused to listen when they warned that they had deep veins, collapsed veins or health problems making a blood draw a bad idea. And of course, blood samples have all the same chain of custody problems as breath samples, any of which could get the evidence thrown out of court. As a Massachusetts drunk driving criminal defense attorney, I think these are all important arguments against a “no refusal” law. At the very least, Beacon Hill should think carefully about whether it wants citizens literally strapped to a bed and their blood forcibly taken on the mere suspicion of an OUI.

If you’re accused of operating under the influence of alcohol in Boston or anywhere else in eastern Massachusetts, never plead guilty until you speak to attorney Stephen Neyman about your options. For a free, confidential consultation, call the Law Offices of Stephen Neyman at (617) 263-6800 or send us an email today.