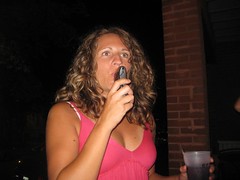 The next time you go out to dinner, be sure to drive carefully if you’ve eaten any bread products. You wouldn’t want to be stopped by the police with bread on your breath, since studies have shown that breathalyzer tests can’t tell the difference between the amount of alcohol in your blood and the ethyl alcohol that stays on your breath after you eat bread, yeast, or similar foods. Without drinking any alcoholic beverages at all, people who have eaten bread have gotten breathalyzer blood alcohol concentration readings as high as 0.05% — more than halfway to the legal limit at which you’re considered legally intoxicated. As a Massachusetts OUI defense lawyer, I think it’s important for people to know that the tests used to determine whether a driver is intoxicated are not foolproof. You can often — and should — fight OUI charges based on these faulty tests.

Nobody wants to see more drunk drivers on the road. But evidence shows that the breathalyzer test, on which law enforcement relies heavily, is not a good basis for determining who is driving drunk. I’ve written lately about the problems with field sobriety tests — basically, that they rely on faulty science that’s decades old. Blood-alcohol concentration tests also have problems because when they look for ethyl alcohol, which is the kind of alcohol people drink, they also can find similar substances that are not intoxicating, but still cause a false positive.

According to sociology professor David Hanson, the test doesn’t just pick up on food molecules, either — people who have been painting a wall can test as intoxicated without ever drinking any alcohol. Breathalyzer results can also show false readings because of “alcohol, blood or vomit in the subject’s mouth, electrical interference from cell phones and police radios, tobacco smoke, dirt, and moisture.” Tests of the subject’s actual blood, not their breath, produced accurate results in these investigations — but the breathalyzer could be amazingly inaccurate.

Field sobriety tests and breathalyzers make up two out of three of the usual sources of evidence in drunk driving cases — police officers’ personal observations being the third. Scientific evidence and common sense makes it clear that none of these are foolproof or even necessarily accurate — meaning that there’s a real problem with the way police determine which drivers are drunk. This makes it easier for me, as a Massachusetts intoxicated driving defense attorney, to get evidence against my clients thrown out and to achieve dismissals or not-guilty verdicts. But it’s unfair to my clients to be arrested and charged in the first place if it’s done on the basis of faulty evidence and unscientific tests. Some states, like South Dakota, recognize that breathalyzer tests are inaccurate and don’t allow them to be used as evidence; they allow only blood tests because they can rely on them to be accurate. But in Massachusetts and many other states, breath tests are used as evidence at trial, and there are even penalties for drivers who refuse to submit to them. Refusing the breathalyzer, even if you’re not intoxicated, results in suspension of your driver’s license for 180 days if you’re over 21. You can appeal that suspension, but it is an extra burden that may be inappropriate, given that the test is far from reliable.

It’s very important for anyone facing OUI charges to work with a Massachusetts driml driving criminal defense lawyer to help them fight the charges. The laws about drunk driving are complex and the stakes are high — including loss of your license, thousands in fines and even jail time. Attorney Stephen Neyman has the experience and expertise to get faulty evidence thrown out and to get the best possible outcome for his clients, such as a dismissal of charges or a not-guilty verdict. For help defending yourself against OUI charges in Boston and eastern Massachusetts, please call the Law Offices of Stephen Neyman, located in downtown Boston, at (617) 263-6800. You can also send us a message online.