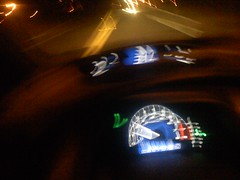 A Scituate teenager who crashed his car has been charged with driving under the influence, speeding, and other driving violations after attempting to escape from the police while they interviewed his passengers. The 17-year-old Scituate High School student’s name is being withheld because he is a minor. As a Massachusetts drunk driving defense lawyer, I am glad that no one was hurt in this incident,
Police said that the student’s 2006 Ford Focus totally blocked the intersection of Edith Holmes Drive and Tilden Road, although it was unclear what had led to the crash. Police arrived at the scene around 12:45 a.m. on April 29 and found four teenagers standing outside the car, each of them emitting “a strong odor of liquor.” A witness said that a fifth passenger had been involved and had fled the scene on foot, but police were unable to find him or her. The teens gave police “various names,” suggesting that they were lying about their identities initially, but police eventually ascertained their real names. Three of them had been listed as honor students in the local papers. A Breathalyzer test showed the driver’s blood alcohol content to be 0.16%, twice the legal limit for adults over 21 and eight times the limit for drivers under 21. That impairment measurement may help explain the driver’s unusual choice to get back in his car and try to drive away while police were questioning the three passengers. The driver told police, “I have to drive it home, there is something wrong with the front end,” according to the police report. The driver finally gave up and got out of the car “only after strong verbal language was used,” and the car was towed away. The driver is scheduled for a pre-trial conference in late May.

As a Massachusetts OUI criminal defense attorney, I’m sure the driver and his parents are dismayed at having to spend the spring and summer learning about how the Massachusetts court system works and the serious penalties for drunk driving. It would be wise for them to contact an experienced Massachusetts OUI defense lawyer to guide them through this difficult process. Massachusetts law treats minors differently from adults with respect to drunk driving charges, providing for a longer period of driver’s license suspension as well as a lower legal limit. The student and his parents may also be concerned about how this accident will affect his future. An attorney can help them work toward the best possible outcome for this student — a dismissal of the charges or a not guilty verdict, hopefully accompanied by a realization that drunk driving is a very serious charge.

If you have been charged with OUI in Boston or eastern Massachusetts, the Law Offices of Stephen Neyman can help. Our office offers free telephone consultations, so you can learn more about your rights and your case at no further commitment. You can reach us by calling (617) 263-6800 or contact us online.