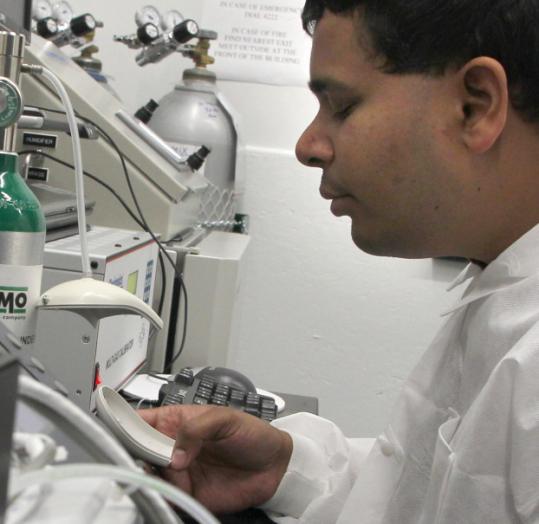 As a Massachusetts intoxicated driving defense attorney, I was concerned about a recent Boston Globe article’s discussion of blood alcohol measurement devices to be built in as standard features in new cars. I have written about this in the past, but this article provides new and alarming details.

The device would replace existing ignition interlock devices that are installed in the vehicles of people convicted of certain drunk driving charges. The existing devices require drivers to blow into a tube to have their blood-alcohol content (BAC) analyzed. If their BAC is too high, the car won’t start. The new device wouldn’t require the driver to do anything — it would automatically analyze ethanol in the moisture of the driver’s breath. Like the existing devices, the new one would prevent the car from starting if it detected a BAC above the legal limit.

QinetiQ North America, a Waltham defense contractor, is developing the device with $10 million in funding from the National Highway Traffic Safety Administration, the Automotive Coalition for Traffic Safety (an auto manufacturers group), and the Alliance of Automobile Manufacturers. Congress is considering kicking in another $10 million to help defray the cost of installing the device in new cars.

Obviously, drunk driving is dangerous, and encouraging drivers to take responsibility for their actions and avoid driving when they’re impaired is entirely desirable. But while it may be well-intentioned, this project raises several different kinds of red flags for me as a Massachusetts OUI defense attorney. First, as I wrote last month, breathalyzers can register false positives because they detect ethanol that comes from sources other than alcohol. Is it fair to have a device like this prevent a driver with a completely clean driving record from starting his or her car after painting the house or eating bread — both of which can set off false positives on a breathalyzer? How would the device know whether ethanol came from the breath of a sober driver or a drunk passenger — would this device have the unintended consequence of discouraging designated drivers? How would drivers of disabled cars get home from wherever the car stranded them, especially in the many areas of Massachusetts and the country where public transportation is not widely available?

In addition, it often takes a while for new technologies to be completely vetted so that they work properly. Innocent drivers affected by a malfunctioning or oversensitive automatic breathalyzer could actually be harmed if, for example, the car is prevented from starting when they have an emergency and need to get to a hospital, or if they need to get to work. Would people avoid buying new cars once these devices became standard equipment, so that they could avoid these devices?

Perhaps fewer OUI charges would be made once these devices were in circulation. But no matter the circumstances, anyone charged with drunk driving should retain a Massachusetts drunk driving criminal defense lawyer to help ensure the best possible outcome for their case. Fines costing thousands of dollars, jail time, loss of license, skyrocketing insurance costs and possible loss of a job could all be consequences of a drunk driving conviction in Massachusetts.

Attorney Stephen Neyman specializes in drunk driving defense and can help ensure that anyone charged with intoxicated driving gets the best outcome possible — a dismissal of charges or a not guilty verdict. If you have been charged with OUI in Boston or eastern Massachusetts, please contact the Law Offices of Stephen Neyman right away for a free consultation. You can call (617) 263-6800 or contact us online.