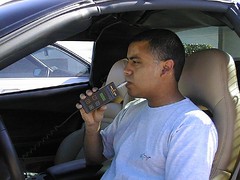 A recent article in the Boston Globe got my attention as a Massachusetts OUI criminal defense attorney. Massachusetts legislators are reportedly considering several changes to Melanie’s Law, the 2005 law that was intended to toughen penalties for drunk drivers. Legislators have proposed several ways to toughen those penalties even further, including a proposal to add ignition interlock devices to the vehicles of people convicted of one intoxicated driving offense. Ignition interlock devices are essentially breathalyzer tests attached to the vehicle’s ignition, which require drivers to pass a breath test before the car will start. Currently they are required by Melanie’s Law when drivers have their licenses reinstated after two or more OUI convictions. The bill was introduced by state Sen. Robert Hedlund, R-Weymouth, who also suggested eliminating concurrent sentences and “bundling” of charges for repeat offenders.

It’s not at all clear whether the bill will eventually pass; the Globe noted elsewhere that it won’t pass during this session. But as a Massachusetts drunk driving criminal defense lawyer, I hope lawmakers who do eventually consider it will think carefully about whether it’s a good idea to require breath tests for anyone convicted of drunk driving. Even drivers with clean records may feel uncomfortable about how invasive the devices are. But even if that’s not an issue for most people, there are also serious concerns about their safety and effectiveness. Conventional breathalyzers require drivers to retest every 20 minutes, which means retesting while driving. That requires drivers to either pull over or take the breath test while their eyes are supposed to be on the road. If the device decides the driver is drunk while the car is already moving, the car could come to a halt with little warning. If drivers don’t take the test quickly enough, the car will also stop in the middle of the road.

Perhaps more importantly, there is also controversy over whether ignition interlock devices do the job they’re intended to do: keep drunk drivers off the road. It’s illegal to take the breath test in someone else’s vehicle, but the technology can’t actually stop this. Nor can it stop people without the devices from simply lending the driver their vehicles (also a crime). And ignition interlock devices have many of the same problems facing police breathalyzers and alcohol-detecting ankle bracelets such as the one famously worn by Lindsay Lohan. These devices detect alcohol in the mouth rather than the bloodstream, including alcohol-containing products like mouthwash. In some cases, they have even been triggered by yeast-raised bread! There may also be problems with how sensitive they are. For example, would a legal and, for many people, harmless 0.02 BAC shut the car down, or would the device consistently detect BACs over the legal limit? As a Massachusetts intoxicated driving criminal defense attorney, I would prefer that lawmakers address these issues before mandating the devices.

Operating under the influence of alcohol or drugs is a serious crime in Massachusetts, with penalties including loss of your driver’s license, steep fines, jail or probation and more. If you’re facing these penalties in Boston or eastern Massachusetts, you should get in touch with the Law Offices of Stephen Neyman right away to make sure your rights are protected. To learn more or set up a free consultation, call us today at (617) 263-6800, send us a message online or visit our offices in downtown Boston.