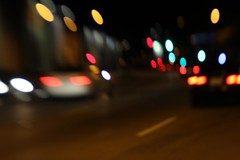 A recent article about a drunk driver found in Brookline caught my eye as a Massachusetts OUI criminal defense attorney. Wicked Local Brookline reported Nov. 15 about the arrest of Jason Andrew Jeffrey, 32, for drunk driving. Jeffrey was arrested after he narrowly avoided crashing into a Brookline police officer at 3:15 a.m. on the morning of Nov. 14. The officer was passing the Reservoir MTBA station, when he heard a woman screaming and saw another vehicle speeding directly toward his police cruiser at high speed. The officer said he feared for his life as he braked hard and steered to the right to avoid the car. The other driver swerved to the left, narrowly avoiding the police cruiser.

When the car pulled into the MTBA station’s parking lot, the officer pulled in front of the driveway to prevent the driver from leaving. He discovered Jeffrey in the driver’s seat and an unidentified woman in the passenger seat. The woman, who was the owner of the car, apologized profusely while Jeffrey said nothing. Before being asked, Jeffrey declined to take field sobriety tests. He later changed his mind and attempted to take the tests, but the officer said he could not complete them. He also did not have a driver’s license. He was arrested on multiple counts including OUI, driving without a license, driving on the wrong side of the road and driving to endanger. He also had an outstanding warrant for an offense the article did not specify.

This article describes behavior that is unlikely to go over well in public, and Jeffrey would be well advised to hire a Massachusetts drunk driving criminal defense lawyer. But as an OUI attorney myself, I’d like to point out that Jeffrey was actually within his rights to decline the field sobriety tests, and in fact may have benefited from not attempting them. As I’ve written here many times before, field sobriety tests are not reliable indicators of whether a driver is actually intoxicated. There are just too many ways for health problems, weather conditions, road maintenance and many other factors to interfere. In fact, the Massachusetts Supreme Court has ruled that one of the tests — the horizontal gaze nystagmus, in which drivers follow a finger or pen with their eyes — is not admissible as evidence unless it’s administered by a qualified person. This more or less eliminates it as evidence for an OUI. The federal Department of Transportation has also handed down reliability guidelines for field sobriety tests, which can be used in court to discredit tests that don’t meet standards.

Perhaps even more importantly for Massachusetts drivers, the state Supreme Court has also ruled that prosecutors can’t use your refusal to perform field sobriety tests as evidence against you. This means there are no direct consequences for declining field sobriety tests, as Jeffrey originally did. Now, this is not to say that declining is always the right choice. For one thing, drivers who don’t want to perform field sobriety tests should say so more politely than Jeffrey did, because making a police officer angry is unlikely to benefit them. And if you believe you can perform the tests without a problem, you should consider performing them. After all, performing the tests well may convince the officer that you’re not drunk, allowing you to end the traffic stop and move on with your day. But if you don’t feel that you’re likely to pass them, for any reason, you should know that you have the option of declining without having it brought up in court later.

If you’re accused of operating under the influence of alcohol or drugs in Massachusetts, don’t plead guilty until you speak to the Law Offices of Stephen Neyman, P.C., for a free consultation. Even if you think the police have rock-solid evidence against you, experienced Massachusetts intoxicated driving criminal defense attorney Stephen Neyman can often find ways to undermine that evidence or evidence that it is tainted. To learn more or set up a free consultation, you can call (617) 263-6800, send us an email or visit our offices in downtown Boston or Andover.