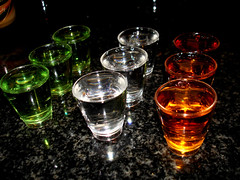 A Beverly woman is in legal trouble after a teenager claimed the woman hosted a party at which she served teenagers a large amount of alcoholic drinks. That would put the woman in violation of the Massachusetts social host law, which dictates criminal penalties for adults who knowingly serve alcohol to minors. As a Massachusetts OUI defense lawyer, I have been very interested in following how our state’s social host law has been applied, because it can easily be used to prosecute innocent people. Anyone charged with violating this law should contact a Massachusetts intoxicated driving defense attorney immediately in order to preserve their rights and improve their chances of getting the charges dismissed or a not-guilty verdict.

In the Beverly case, police received complaints after midnight on Oct. 31 about a loud party at the apartment of Tiffany Clark, 35, at 903 Manor Road. Police entered the apartment, found several teenagers inside and contacted their parents. Police also reportedly found empty beer cans and 75-100 empty cups that they said were probably used for Jell-O shots. They observed Clark to be unsteady on her feet, slurring her speech and responding “somewhat incoherently” to officers’ questions. Then she fell down, and police called for an ambulance to take her to Beverly Hospital. Clark’s children stayed with a friend’s parents, and police notified the Department of Children and Families.

Police also received a report that a 16-year-old girl was hospitalized for alcohol poisoning after being present at the party at Clark’s apartment. The girl told police that Clark refused to take her to a hospital or call 911, and that someone else called the girl’s relatives for help. When police arrived at Clark’s apartment, they informed her about the girl’s hospitalization, and noted in their report that she “seemed not to care.” Clark is criminally charged with procuring alcohol for minors and with allowing minors to consume alcohol at her home, in violation of the social host law. If convicted, she could be sentenced to up to a year in prison, a $2,500 fine, or both.

The articles in the media about this situation portray Clark as being obviously guilty of getting her child’s teenage friends drunk. As a Massachusetts intoxicated driving attorney, I know that the law has to adhere to a higher standard than the media do, and that’s why it’s important for someone in Clark’s position to contact an attorney right away. It may be tempting to plead guilty after a trial in the “court” of public opinion, but it takes an experienced attorney to decide whether the charges are supported by the actual evidence. From what we have seen in the news reports, the police did not find any teenagers who were drunk or drinking alcohol at Clark’s apartment, and she did not admit to having furnished them with alcohol. Clark herself may have been drunk, but it’s not illegal for a 35-year-old woman to be drunk in her own home. At worst, the evidence presented here may suggest poor parenting, but not illegal furnishing of alcohol to minors.

Being charged with a crime is upsetting, and being portrayed as a monster in the media is even more so. That’s why it’s so important for people in this situation to contact a lawyer who can think through the situation coolly and strategically. If you have been charged with violation of the social host law or OUI in Boston or eastern Massachusetts, please contact the Law Offices of Stephen Neyman right away for a free consultation. You can call (617) 263-6800 or contact us online.