Just prior to the New Years weekend I saw a rash of articles talking about how DUI checkpoints in southern California were being set up not only with breathalyzer test machines but also cheek swab tests. Much of this is law enforcement’s response to the decriminalization and legalization of marijuana throughout the country. So I imagine that it is only a matter of time before the Massachusetts legislature approves similar tests. So what exactly are cheek swab tests and how do they work? These are portable machines that through your saliva can determine whether or not you have ingested alcohol or other drugs at some “recent” time. The inside of your cheek is swabbed. Then the swab is checked for the presence of listed substances including alcohol, marijuana, cocaine, ecstasy and certain prescription drugs. A positive test will likely result in an arrest and charge for OUI liquor or drugs depending on the test result.

END_OF_DOCUMENT_TOKEN_TO_BE_REPLACED

As discussed in previous blog posts, the Boston Globe recently published a series of OUI-related articles in a spotlight series, the objectivity of which is questionable at best. In the wake of the spotlight series, the Supreme Judicial Court, the highest court in Massachusetts, announced that it would study the acquittal rate in Massachusetts drunk-driving bench trials, a rate which the Globe reported was more than 80 percent. Jack Cinquegrana, a former Suffolk County and federal prosecutor, is leading the inquiry.

The justices, in a prepared statement, said, “Public confidence in the judiciary depends on its belief in the integrity of the judicial process, judges, and their decisions…To preserve the public’s trust and confidence, the courts must be, and must appear to be, fair and impartial in all cases,” according to the Globe.

While this Massachusetts OUI/DUI/drunk-driving attorney fully respects the decisions of our Commonwealth’s highest court, the question that arises is: How can one have confidence in the integrity of our judicial process when an apparently politically-driven and editorialized newspaper article can potentially create an impact on the judiciary, which is supposed to be isolated from political influence and public opinion? As a Massachusetts district court judge has noted, according to the Globe, the low conviction rate in Massachusetts is due to the fact that prosecutors, sensitive to public opinion in our Commonwealth, are reluctant to dismiss OUI cases that lack evidence. While some have called for a judicial conduct board investigation, it seems that the high OUI acquittal rates in Massachusetts bench trials may well be attributable to the integrity of our judges, who are not susceptible to public prejudice or political pressures.

Cinquegrana has been asked to compare the rate of acquittals in Massachusetts jury-waived OUI trials to the United States average, according to the Globe. This is another troubling piece of information. Our Massachusetts judges should, and must, be free to make impartial decisions, case by case, without national statistics hanging over their heads. National averages have little to do with Massachusetts OUI cases, and nationwide acquittal statistics are meaningless without inquiry into police presence and tendencies, population, prosecutorial discretion, and many other factors. Here is something else to consider. OUI laws vary from state to state. Some jurisdictions mandate the taking of a breathalyzer test. Others permit the police to get a Search Warrant to take blood from an OUI suspect. In these states you might find criminal defense lawyers strongly advising their clients, those who want a trial, to go jury waived should they desire an exercise of their constitutional right to a trial. Why? Because some judges punish more severely when defendants “waste” judicial resources by electing a jury trial for cases that are strong for the prosecution. A state by state comparison of acquittal rates is meaningless absent an understanding of the differences in drunk driving laws from state to state.

The SJC has recognized the “delicate nature of this preliminary inquiry,” noting that “[o]ur system depends on judges being able to decide a case fairly but independently, without fear or favor,” according to the Globe. Time will tell whether the Massachusetts judiciary will yield to media bullying out of fear or hope for public favor. In the meantime, it is increasingly important to speak with an experienced Massachusetts OUI lawyer if you find yourself accused of drunk driving in our state. Our office has that expertise.

END_OF_DOCUMENT_TOKEN_TO_BE_REPLACED 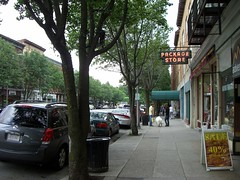 Alcohol taxes may decrease soon, if Massachusetts voters decide to exempt alcohol from the state’s sales tax. Last year, taxes on alcohol went up when sales tax began being applied along with the excise tax. While package store owners say the higher taxes have decreased their sales, public health researchers say the higher taxes reduce drunk driving and other social problems. As a Massachusetts drunk driving defense attorney, I agree with the public health researchers that our society should prevent drunk driving. In addition to stopping OUI-related injuries and deaths, this could reduce police overreaching intended to stop drunk drivers. Police are sometimes so vigilant for drunk drivers that they violate drivers’ rights when they stop them on suspicion of drunk driving. The more we prevent drunk driving, the less of an issue this could be.

Prevention of drunk driving is not the only benefit that would come with keeping the tax on alcohol high, according to University of Florida public health researcher Alexander Wagenaar and his colleagues. The team conducted its own research and also examined that of 50 other papers in scientific journals. They found that when alcohol taxes double, deaths from traffic accidents drop by 11 percent, sexually transmitted infections go down by 6 percent, violence decreases by 2 percent and crime decreases by 1.4 percent. As alcohol taxes increase, rates of death, injury, drunk driving, car accidents, drug use, risky sexual behavior, crime and violence decrease. These changes happen because when alcohol prices go up, alcohol use goes down. The only social ill that was not alleviated by higher alcohol taxes was suicide.

Though higher alcohol taxes do reportedly drive down alcohol sales, it would be wise for package store owners to consider Massachusetts dram shop laws. In some cases, package stores can be held responsible for a customer’s drunk driving if they sell alcohol to a customer who has clearly already been drinking. Losing a few sales because of higher taxes may be worth preventing drunk driving accidents, which could cost them huge sums in lawsuits from victims of drunk drivers.

As a Massachusetts intoxicated driving defense attorney, I’m interested in reducing drunk driving as a social problem too. I know that police are dedicated to getting drunk drivers off the road, as they should be. But sometimes, they can be so focused on that goal that they see guilt when it’s not really there. Once a police officer has pulled a driver over on suspicion of drunk driving, that officer has probably made up his or her mind, and is just looking for evidence to confirm that suspicion. The tools that police have to confirm their suspicions — breathalyzers and field sobriety tests, most frequently — are scientifically dubious at best. A driver’s presumed innocence is out the window as soon as the police pull the driver over, and the punishments for drunk driving are wildly disproportionate to the punishments for equally or even more dangerous behaviors like texting while driving.

END_OF_DOCUMENT_TOKEN_TO_BE_REPLACED

A woman was sentenced to six months in jail for a crash that took a man’s leg, even as the victim publicly forgave her. Marybeth Frisoli, a 33-year-old former juvenile probation officer, was sentenced to 2 1/2 years in jail for the crash, with all but six months suspended. After she leaves jail, she will attend Alcoholics Anonymous meetings, and serve three years of probation with random testing to ensure that she stays away from alcohol for the entire period. Victim Mark Cronin embraced Frisoli before she was led away to begin the sentence, saying “I know you’re sorry. I really do.” He asked the judge to be lenient with Frisoli, which may have influenced the judge’s decision to give her six months in jail rather than the year prosecutors were seeking.

NECN had the story on video:

The crash happened early in the morning of Aug. 23. Frisoli had just left a bar and was driving the wrong way on a divided road approaching the Neponset Bridge in Quincy. She collided with Cronin, who was driving the correct way on a motorcycle. The accident severed Cronin’s leg, and doctors later said he might have died if another motorcyclist hadn’t stopped to help. That man, Iraq war veteran and Massachusetts National Guardsman John Melson, used Cronin’s own belt as a tourniquet. Cronin can no longer do the same job and moved his family to a new house that’s better suited to a wheelchair. But he told the newspaper that he couldn’t live a bitter life, especially in front his three children, ages six through 12.

Frisoli’s Massachusetts drunk driving criminal defense attorney said Cronin is “a special man.” I believe he’s right — and that Cronin’s intervention may have made a difference in Frisoli’s defense. Operating under the influence with serious bodily injury can be a felony or a misdemeanor in Massachusetts. The article said Frisoli faced up to 10 years in prison, which suggests she was charged with the felony. The six months she will actually serve is the mandatory minimum sentence — the best possible outcome after a conviction for felony OUI with serious bodily injury, and half of the time the prosecution asked for.

When an OUI with serious bodily injury is charged as a misdemeanor, it carries no mandatory minimum and up to 2 1/2 years in the house of correction. As a Massachusetts OUI criminal defense lawyer, I prefer to negotiate with prosecutors whenever possible to reduce a felony OUI with bodily injury charge to the misdemeanor version. This eliminates the mandatory minimum sentencing requirement, giving the judge discretion to sentence the client to no time at all, if appropriate. It also allows the client, if convicted, to avoid having a felony on his or her record, which preserves civil rights like voting and helps in job hunts. However, this isn’t to say that a guilty plea is necessary or even typical with either type of OUI with serious bodily injury charge. When the facts are right, I can and will fight this charge in a court of law.