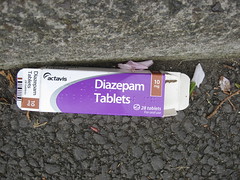 Read article: Drivers on prescription drugs are hard to convict

When someone is charged with operating under the influence of alcohol, police often use their own observations and field sobriety tests, in addition to a blood-alcohol concentration obtained by a breathalyzer or blood test. When someone is charged with OUI drugs, however, these sources of evidence are not reliable in the same ways. Proving that someone driving under the influence of prescription drugs is impaired is different from showing that they were driving under the influence of alcohol. Field sobriety tests — which are unreliable anyway, as I’ve discussed recently — don’t necessarily work for prescription drugs the way they do for alcohol. Police are looking for the same kinds of impairment in all drivers they suspect of being drunk, but different prescription medications can affect different drivers in different ways. Where anti-anxiety drugs can slow someone’s reaction time, stimulants can encourage risk-taking and impair someone’s ability to judge distances.

Of course, a breath test is unable to detect intoxication by prescription drugs. A blood test can show the presence of prescription drugs in someone’s body, and if the drug is included on the state’s list of drugs that it’s illegal to take before driving, then any amount of it in your blood is enough for an OUI drugs charge, even if it was legally prescribed. However, if the prosecution cannot establish that it’s illegal in our state to take the drug at issue and then drive, it has no case. Many prescription drugs fall outside the categories listed in Massachusetts law — for example, sedatives and sleep aids such as Ambien, or other unclassified prescription drugs like the anti-anxiety medication Xanax, and the anti-seizure medications Neurontin, Lamictal and Topamax (which is also used to prevent migraines).

An experienced Massachusetts intoxicated driving defense attorney can find several ways to defend charges of driving under the influence of prescription drugs. First, if the client is accused of driving under the influence of a drug that’s not on the list of illegal substances in Massachusetts state law, there is no illegal conduct. An experienced attorney will argue that the charges must be dropped in this situation. Second, an attorney can challenge any physical evidence that the police collected. Did a blood test show that the client actually had any drugs in his or her body? If there are results showing the presence of prohibited drugs, did they show enough of the substance to impair the person’s driving? Could the person’s body have metabolized the drugs more slowly than the medication’s label indicated, so that the drugs remained in their system longer than expected? Also, the prosecutor in such a case must obtain expert testimony from a Drug Recognition Expert (DRE) to establish that the drug involved violated the law.

If you have been charged with OUI in Boston or eastern Massachusetts, please contact the experienced, aggressive Massachusetts impaired driving defense attorneys at the Law Offices of Stephen Neyman right away for a free consultation. You can call (617) 263-6800 or contact us online.