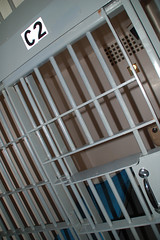 As a Massachusetts intoxicated driving defense lawyer, I’ve noticed a worrisome trend in law enforcement and government more broadly toward charging people with driving under the influence of alcohol when they haven’t even been driving. Here in Massachusetts, law enforcement considers it “operating the vehicle” when the keys are in the ignition, even if the “driver” hasn’t turned on the car, put it in gear or released the parking brake. More extreme examples include a case in Wisconsin, in which a woman was arrested for DUI when she wasn’t even driving, because a police officer who passed by her in a convenience store thought he noticed an “odor of intoxicants” coming from either her or her friend. In another example, Senator Chuck Schumer (D-NY) called for the widespread use of a technology that detects blood alcohol content and could alert law enforcement to arrest someone over the legal limit before they even drive.

Most people would agree that drunk driving is dangerous and prevention is a good idea. But from my perspective as a Massachusetts OUI criminal defense attorney, it’s also dangerous to arrest people on the assumption that they’re guilty until proven innocent. Yet that’s just what this trend of expanding the definition of drunk driving is moving toward. In doing so, it unfairly disrupts the lives of people who haven’t actually committed crimes.

In the Wisconsin example, Brittany Meye, 22, pulled into a gas station, where she and her passenger went into the convenience store. An officer watched her pull in, and when she and her friend passed by him, he said that he smelled intoxicants. He went to talk to Meye after she and her friend returned to their car, and arrested her for operating while intoxicated, second offense. Meye wisely moved to suppress evidence from the stop, since the officer had no reasonable suspicion for stopping her, and the Wisconsin Court of Appeals agreed, saying that no prior case involving drunk driving “has held that reasonable suspicion to seize a person on suspicion of drunk driving arises simply from smelling alcohol on a person who has alighted from a vehicle after it has stopped — and nothing else.”

Meanwhile, Senator Schumer is promoting a bill to fund research on alcohol detection devices that would use sensors in a vehicle’s steering wheel to measure blood alcohol content through a driver’s skin. I wrote about similar technology back in February. If the sensors determine that the driver was over the limit, the device will prevent the car from starting. Schumer said that it would be up to each state to decide whether to require the device in all new cars. As I noted in February, there would be a number of problems with widespread use of this device. For example, what if you’re the sober designated driver and your drunk passenger touches the steering wheel? Or, what if a driver is drunk but wears gloves when touching the steering wheel? Are all drivers going to be forbidden from wearing gloves so that their steering wheel sensors can be allowed to work? Would the sensors be set off if the driver had just used hand sanitizer or another grooming product made of alcohol? Worst, the sensors apparently could be used to inform law enforcement about the actions of people deemed over the limit if they touch the steering wheel but are prevented from driving.

As a Massachusetts drunk driving defense lawyer, I know all too well the terrible consequences that can ensue from accidents caused by drunk driving. I also know how disruptive it is to the life of an innocent person who has been charged unfairly with drunk driving. Being charged with a crime is embarrassing and stressful, but in addition, Massachusetts drivers can lose their driver’s licenses right away. This can cause very real problems at work and for meeting other obligations. That’s why, even though drunk driving is a serious problem, law enforcement owes drivers the courtesy of presuming they are innocent until proven guilty, just like any other criminal defendants.

Attorney Stephen Neyman works hard to get clients charged with operating under the influence the best outcome possible — whether that means dropped charges, an acquittal or a plea agreement. If you have been charged with OUI in Boston or eastern Massachusetts, please contact the Law Offices of Stephen Neyman right away for a free consultation. You can call (617) 263-6800 or contact us online.