Police say a 52-year-old man caused an injury accident Jan. 16 by driving under the influence of powerful painkillers. Joseph Kaizer is accused of hitting a mother and her 14-year-old son, who were crossing the street after leaving a relative’s funeral mass. 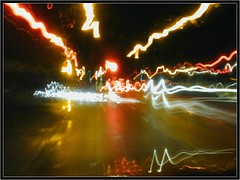 The young man was treated for two broken wrist bones and a knee injury and released, but his mother was hospitalized overnight with unspecified injuries. Kaizer, who had his 11-year-old daughter in the vehicle, admitted to crushing and injecting methadone in the past, but denied having done it that day. Nonetheless, police observed track marks on his arms and legs. Police searching his car found two empty bottles of methadone and 23 pills of clonazepam, a muscle relaxant, along with 23 needles and two spoons with residue.

Kaizer was arrested for OUI drugs, OUI with serious bodily injury, failure to slow for pedestrians, negligent driving and child endangerment, for OUI with his daughter in the car. She was picked up at the scene by her mother. Police also asked the RMV to immediately revoke Kaizer’s license as an “immediate threat.”

Kaizer is not accused of drinking alcohol, a fact that could actually help a Massachusetts OUI criminal defense attorney defend his case. In cases of operating under the influence of alcohol, police can make a case based on the results of a BAC, regardless of other circumstances. Any amount of a drug in your blood is enough for an OUI drugs charge — but only if Massachusetts law makes it illegal to take the drugs in question before driving. The law specifically lists which drugs are illegal, but not every sedative, sleep aid or other drug police might frown on is on that list. If the drugs Kaizer is accused of taking are not on the list, an experienced Massachusetts intoxicated driving defense lawyer can make a strong case that the charges must be dropped. This is assuming that police even took a blood test showing Kaizer had the drugs in his system, something the article didn’t mention. You must remember that the prosecutor must still prove impairment caused by the drug, not just the existence of the drug in your system.

If you’re accused of driving under the influence of drugs or alcohol in eastern Massachusetts, you should call the Law Offices of Stephen Neyman as soon as possible. In addition to handling defense of all criminal charges related to an OUI, including serious bodily injury or motor vehicle homicide charges, our office helps clients keep their driving privileges by representing them in RMV suspension hearings. To learn more or set up a consultation, please contact our office online or call (617) 263-6800.